On the occasion of Culture night 2020, the Hellenic Community of Ireland is presenting two on-line events:

Thermopylae and Salamina
At 6:00 pm please follow the link

Students of Greek School of Ireland are reading poems on the 2.500 from the famous battles in Thermopylae and Salamina in 480 BC

Greek music performed by Iordanis Sidiropoulos. Iordanis is a young Greek compser/song writer and performer that lives in Ireland since 2017. Iordanis is going to play Melina’s songs as well as some of his own compositions.

https://ec.europa.eu/ireland/events/online-try-a-new-language-a-european-commission-languages-connect-culture-night-event_en
Please pre -book to participate to the Greek language event where the Greek language is being tought for the first time on culture night!

Paddy Sammon will talk about the Greek influences on Joyce’s Ulysses.

Fran O’Rourke will discuss James Joyce’s relationship with music and present some of the songs the writer loved and incorporated into his writings.

Polymnia Drakopoulou will present an extract from The Sirens, the most musical episode of Joyce’s Ulysses.

The event will be in the Greek language

Posted by Hellenic Community of Ireland on Tuesday, 16 June 2020

Sponsored and supported by CROWDLINK SERVICES 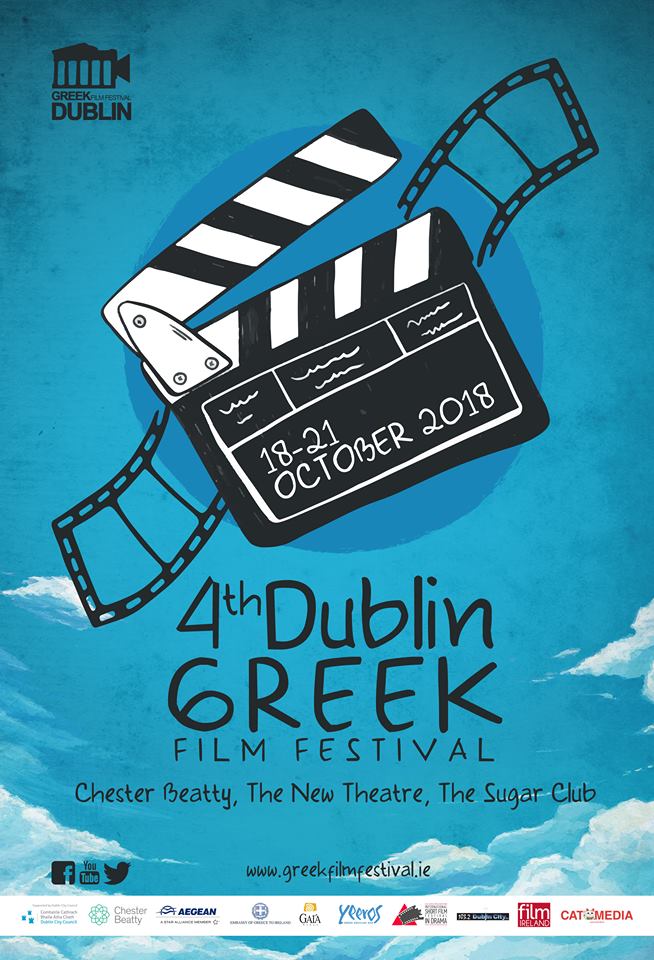 The 4th Dublin Greek Film Festival will kick off with the pre – festival screening of the movie ‘While You Live, Shine’ (2017) directed by Paul Duane. This mesmerising film uses its swirling music & beautifully choreographed camerawork to delve into the human need for communal experience through music and dance, as shown in the ancient ‘panegyri’ of Epirus in Northern Greece, a three-day festival of ecstatic music & dancing. The screening will take place at Chester Beatty on Saturday October 13 at 6pm followed by Q&A with Paul Duane and a wine reception sponsored by Gaia Wines. There is a limited number of tickets available for the Chester Beatty Members; please book here.

END_OF_DOCUMENT_TOKEN_TO_BE_REPLACED

Dear members and friends of the Hellenic Community of Ireland,

We are pleased to invite you to the Culture Night 2018 event “Aesop’s fables”, which will take place on Friday 21 Sep 2018 at Gutter Bookshop, Cow’s Lane, Temple Bar, from 5 pm till 5:45pm, where stories from this great storyteller will be read. This event is an initiative of Dr Franchesca De La Morgia, Mother Tongues Director, and Ms Aimee van Wylick, Culture Night National Coordinator.

We will have the opportunity to enjoy our teachers Xanthi Bakoyanni, Vassiliki Ploumbi, and Paddy Sammon reading stories in Greek (modern and ancient!) and more.

We would like to thank Mother Tongues and Culture Night, whom our Community is supporting, and also Mr Robert Johnston of Gutter Bookshop, for making this event possible.
Relevant links:
https://mothertongues.ie/events/culture-night-2018
https://culturenight.ie/event/the-gutter-bookshop
http://gutterbookshop.com/events.html

Written in honour of Irish revolutionary hero
Michael Collins, Brendan Behan’s song The laughing boy’, or
‘To gelasto paidi’ in its Greek translation, has come to
stand for various Greek historical figures and events and is
one of the most recognised songs of the last
40 years in Greece

END_OF_DOCUMENT_TOKEN_TO_BE_REPLACED

I is not possible to appraise Greek Culture a a whole, through a computer screen.
Nevertheless, being aware of the force and the potentialities of new technologies, we tried to squeeze in this program the millennia of artistry, the centuries of outstanding art, the achievements of the human spirit, the routes on which the western civilization strobe in order to reach its current form.

We use cookies and collecting data for Google Analytics to ensure that we give you the best experience on our website. If you continue to use this site we will assume that you are happy with it.I agree.Privacy policy